Harnessing The Power and the Punch: "I have found the ORIGIN to be a game-changer for me in terms of teaching students signal flow."

Athens, Georgia, June 23, 2022 — Tweed Recording Audio Production School has started a second semester with a new Solid State Logic ORIGIN 32-channel analog console in one of several teaching spaces in the facility, which opened in 2019. Tweed Recording offers an accelerated Audio Production Certificate program that provides comprehensive instruction in the use of digital audio workstations and recording studio techniques as well as one-to-three-day workshops and Saturday sessions for high school and college students. 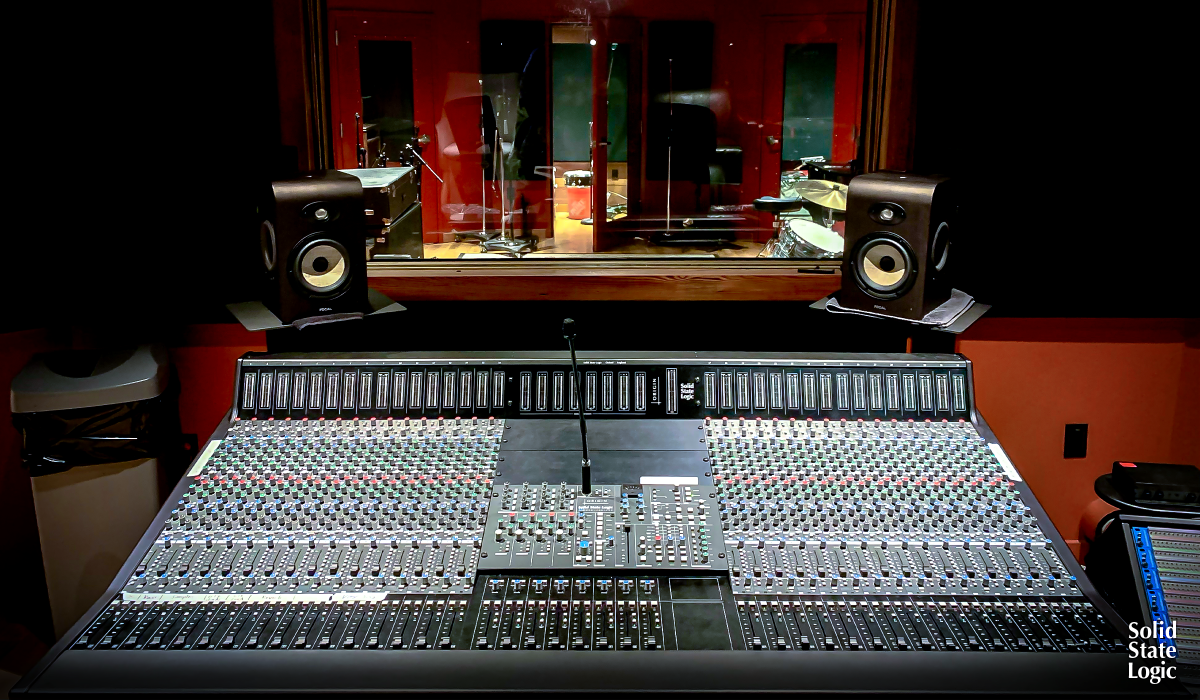 The school, in the center of Athens near the University of Georgia, is the brainchild of CEO and recording instructor Andrew Ratcliffe, who previously owned and operated a music production studio, also named Tweed Recording, in northern Mississippi for over two decades. The new SSL ORIGIN is in one of two identical 400-square-foot control rooms, Studios B and C, that are linked to separate 850-square-foot tracking spaces, each with three iso booths, he says.

The ultimate console for a hybrid workflow

“Charlie Chastain, our head instructor, said, ‘I love this desk. It fits the mold of what we’ve been talking about: could a student go out and purchase this?’ It seems that every time we turn around, another ORIGIN is being implemented into a studio for that hybrid analog/digital situation,” Ratcliffe says. “So he said we should really take a look at it.” The new ORIGIN desk, purchased through Vintage King Audio, arrived shortly before the fall 2021 semester began. “We’ve been rocking it ever since,” he says.

“I’m an engineer but I’m also the head of faculty,” Chastain says, “and I have found the ORIGIN to be a game-changer for me in terms of teaching students signal flow. It’s always a challenge to get students’ heads around it. Having the input path flip is such an advantage, to have that flexibility. We’re at the point in the semester where students still don’t understand that advantage, but I know there’s going to be a lightbulb moment in the next two or three weeks.”

He adds, “But even when talking about the split concept, I can configure the ORIGIN in a way that it operates like a split console. It helps me to convey those concepts and I feel like students understand what we’re trying to do faster.”

ORIGIN: Take it to the limit
Chastain, a Conservatory of Recording Arts and Sciences alumnus, has years of experience working on SSL 4000 and 9000 series consoles, he says. “I was always so excited when I got to sit down in front of an SSL because of the punch and the power. They used to say that you could use the SSL to bend the sound. So as soon as we installed the ORIGIN, I sat down, took a drumkit and started carving the sound with the EQ the way I would on a 4000 — and it gave me a very similar feel. I really enjoy ORIGIN’s EQs.”

As an assistant working in New York City studios, Chastain continues, he would watch engineers push SSL desks to the limit to get the sounds they wanted. “So I tried that too,” he says. “I put a mix up and really pushed the ORIGIN, and it had a similar feel. That’s something that I appreciate. And having that G Bus Compressor is great, too!”

There is another feature of ORIGIN that Chastain appreciates: “I really love the eight stereo groups. Last semester was the first with the SSL and we were doing a lot of intense string section recordings. But our live room is small, so we did it in sections, recording a quartet then stacking and stacking. Having those stereo groups to get some summing going really was an advantage, just to keep the session organized in a much more detailed way.” 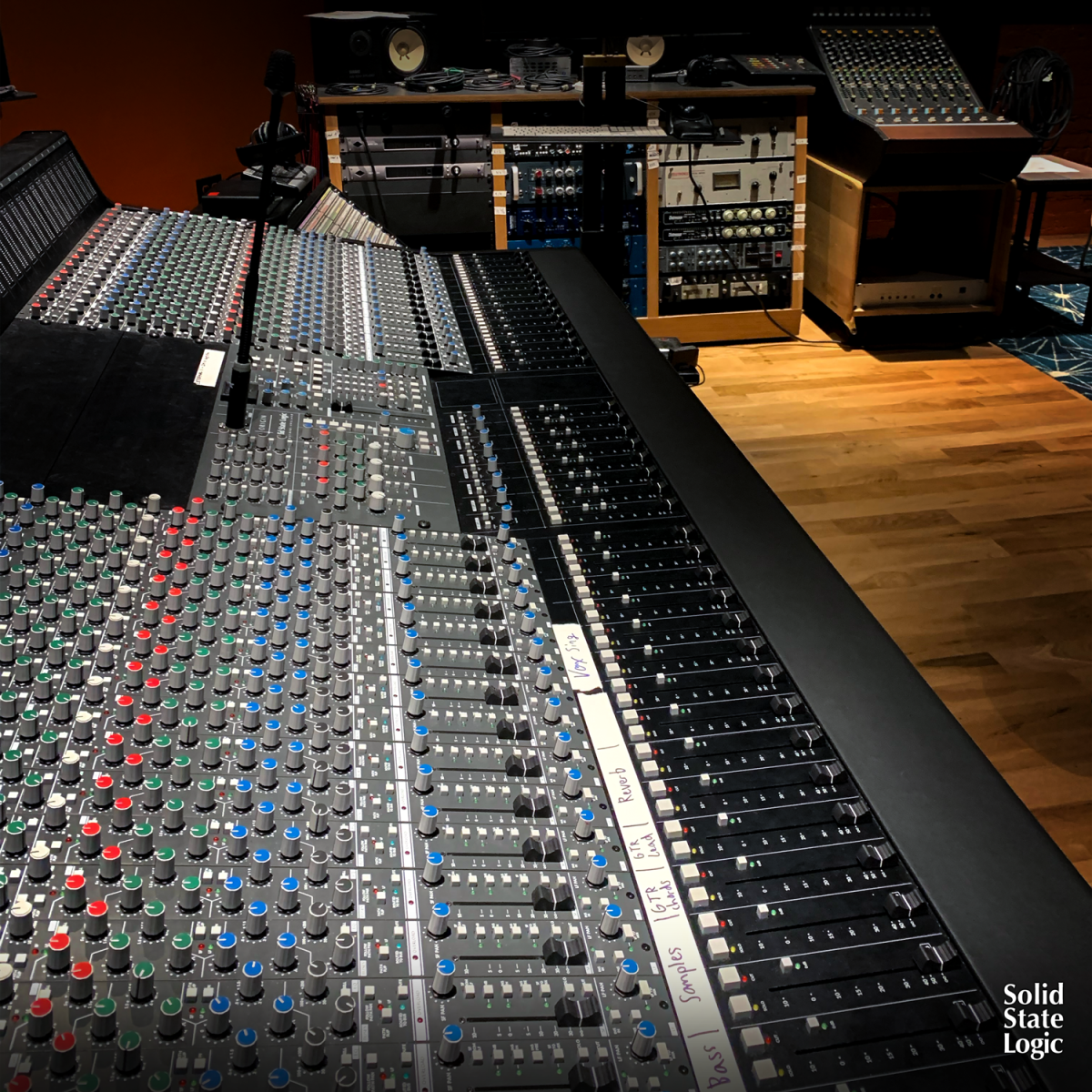 Flexible enough to meet any challenge

Overall, he says, the flexibility of ORIGIN’s signal flow and functionality enables an engineer to meet any challenge he or she might encounter in the studio. “You can take advantage of the flexibility as a problem presents itself. That’s always been the advantage that I feel SSL has, that the products are made in such a way that it gives me a lot of flexibility to do what I need to do.”

That flexibility is welcome, because teaching audio production can be difficult, Chastain continues. “I think some students would prefer that we show them one way to mic a kick drum, for example. But there are 70 ways to do it. To be able to sit down at the ORIGIN and have the channel path flips, the groups and a robust number of auxes, I can show students four different ways to approach an audio problem in pretty quick time. That helps them establish their particular workflow. The fact that the ORIGIN is so flexible makes it so that I can custom tailor my instruction to the particular student that I’m helping.”

Ratcliffe points to a wider operational advantage of the ORIGIN: its energy efficiency. “I don’t have to keep the air conditioning on 55 degrees in the room; that’s nice. Each eight-input bucket has its own power supply in the back. It’s very well done,” he says.

Tweed Recording’s staff rewired its studio for the ORIGIN and took the opportunity of the downtime to also modify the room’s acoustic treatment. The new desk offers connections to an ever-changing collection of outboard equipment in the room: “The instructors are always pulling stuff out of storage to see what it sounds like,” Ratcliffe says. 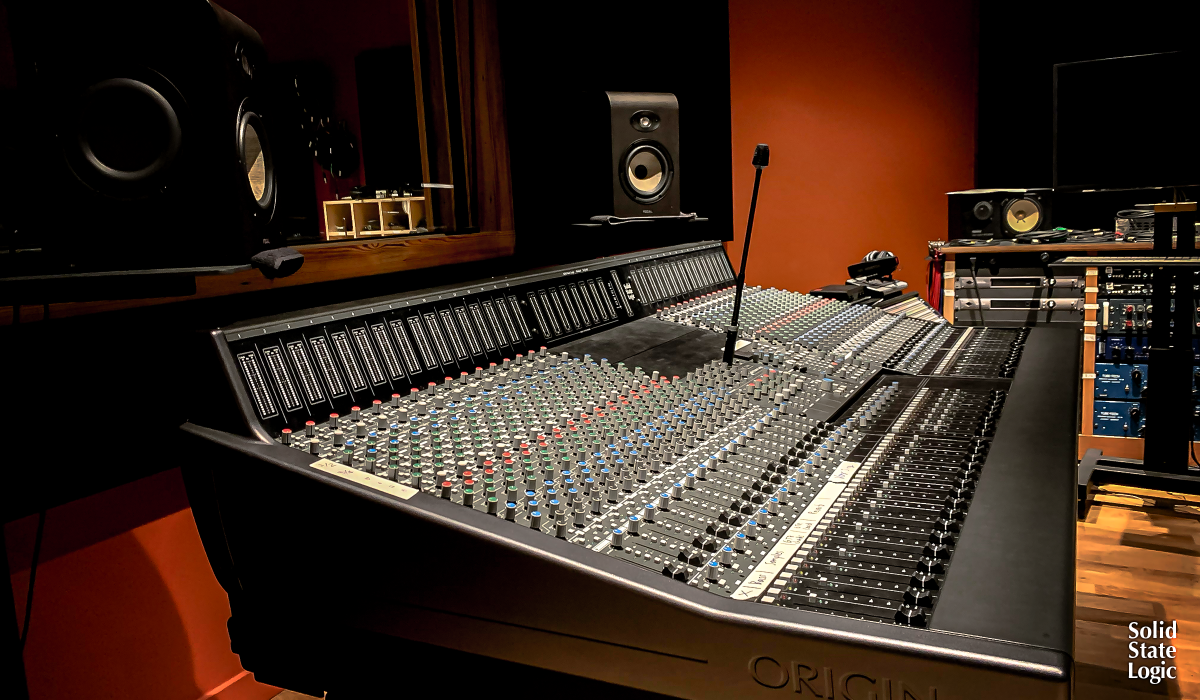 Experiential learning on a range of projects
A third room at Tweed Recording, Studio A, houses a collection of vintage analog gear, as well as the first example of a console from a classic brand that has been revived by a company that Ratcliffe co-owns. The facility also includes a 24-station DAW lab, the students’ homeroom for the duration of the 18-week certificate course.

The audio production course includes three weeks of experiential learning, Ratcliffe elaborates. “We set up specific sessions for them. Last semester I think we recorded 15 different bands over nine different genres. We did some ADR work, too.” Students also have afterhours access to the building. “They can work on their own stuff or bring in projects. After week 10 we allow them to do some commercial work on their own, with the hopes that they’ll get credits on records before they even walk out the door — which they did, last year.”

One project involved students making beats for local hip-hop label ATHfactor. “Three artists from ATHfactor came in and selected one that they wanted to use, not knowing who produced it until after the fact. The students got thrown into the hip-hop world very quickly,” Ratcliffe says. “They did some really cool stuff.”